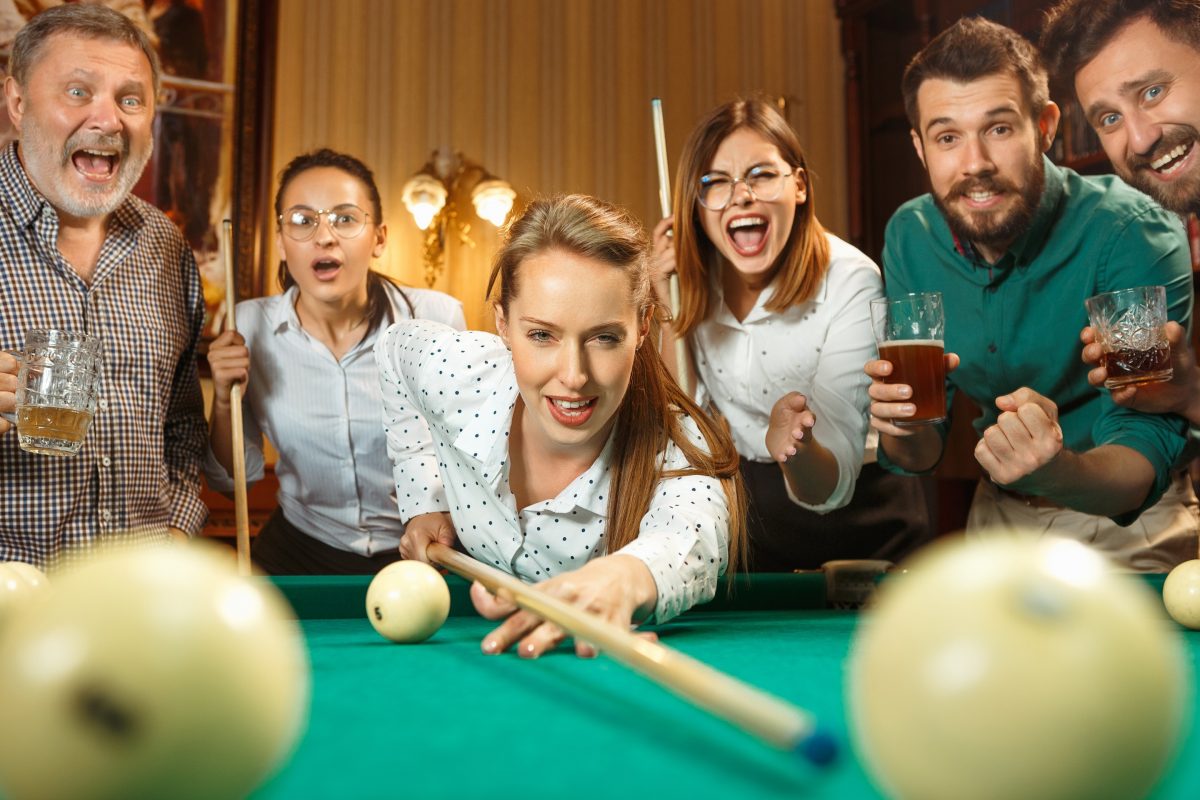 Snooker is a popular pool-like billiards game. The goal of the game is to score more points than your opponent. A snooker competition is won by the player who wins more frames than his opponent. Winning a frame means scoring the most points in each one. A player with a larger lead than the number of available points on the table means the opponent will “need snooker” to win. If a frame is tied, the players must play a black ball game, with the winner being whoever pots the black.

If you’re new to the game of snooker, the rules may seem a bit confusing at first. Let’s see the most important rules that every beginner should know. From racking up points to potting balls, read on to learn more about how to play the game of snooker.

1. The Cue Ball Must Hit One Object Ball First

One of the most important rules in snooker is that the cue ball must hit an object ball first. This may seem like a simple rule to follow, but it’s one of the most important aspects of the game. This rule helps to keep the game fair. If the cue ball was allowed to hit multiple balls on its first shot, players could easily manipulate the balls and create an unfair advantage. Making sure that the cue ball hits just one object ball ensures that everyone has an equal chance at success. If you can master this first rule, you’ll be well on your way to enjoying this classic game.

2. You Must Drive at Least Four Balls to the Rail

A player’s cue ball must hit at least four balls to the rail to score points. This is known as a “drive.” If at least four balls are driven to the rails or a ball is pocketed, the break is legal. If the cue ball strikes fewer than four balls, it is considered a foul, and the player’s opponent may take their turn. Otherwise, the same player racks and breaks the balls again.

3. The Cue Ball Must Remain behind the String Line

The string line is the imaginary line that runs between the two yellow spots on the table.

4. You Cannot Hit the Same Object Ball Twice in a Shot

5. Jump shots are not allowed in this game.

It means that the cue ball cannot be hit in a way that makes it leave the ground and bounce off of another object before hitting the target ball. If a player attempts a jump shot and misses, their opponent gets to take their turn. If the cue ball is hit on a jump shot and makes contact with the target ball, the shot is considered a foul, and the player’s opponent gets to take their turn.

Many other rules govern the game of snooker. In this game, if you pot a ball on your turn, you get to take another shot. You can keep taking shots until you miss or foul. Fouls include things like putting your cue ball into a pocket or potting the cue ball. If you pot the black ball before all of the other balls are gone, you lose immediately.

If there are two red balls on the table, they cannot be placed consecutively next to each other. At least one of the balls must be a different color, or else it is a foul.

You can only touch the balls on the table with the tip of your stick. You can’t hit them with the side or back of the cue, and if you do, your shot will be considered a foul. This rule is in place because it helps keep the game fair. If players were allowed to hit the balls with any part of their cue, they could easily cheat and pot more balls than they should. By only allowing shots to be made with the tip of the cue, it makes it much harder to cheat and means that everyone has an equal chance of potting balls.

So, next time you’re playing snooker, make sure you only use the tip of your cue to hit the balls!

So there you have it—the essential snooker guidelines for beginners. You must learn all of these rules and get to practice them if you want to be a competent player. Additionally, before you begin performing frequently, make sure you acquire the proper location, amenities, equipment, and accessories. To acquire the best gaming accessories, seek the assistance of a professional team.

Working with a professional team, such as Dubai Snookers, can provide several benefits when it comes to buying snooker game accessories in Dubai. For one, they will have a deep understanding of the game and the different types of accessories available such as Snooker Cloth UAE and Snooker Tables in Dubai. Making accurate shots requires a smooth, consistent playing surface, which a high-quality snooker cloth will deliver. Utilize the top snooker cloth from Dubai Snookers in the UAE to perfect your game. So get going and start refining your skills! You might end up being the next global champion.